All ticket sales are online only

Located at the front door of the Val Air Ballroom, beginning 1 hour before show time.

Beloved VAL AIR BALLROOM BALLROOM Ask those who grew up in West Des Moines to share their memories of the Val Air Ballroom and chances are they will regale you with stories about having attended a concert, a high school dance or a political rally there. For many local residents, attending a special event at the historic venue is a rite of passage that binds generations together. “When my parents went there in the 1940s it had no roof, hence the name Val Air. The Big Bands of the era would perform there and everyone would dance and party. This was after World War II, and things were returning to normal. It sounded like a wonderful way to have spent a summer night,” says West Des Moines native and musician Scott Cochran, 59, who has attended several shows at the By Michael Swanger Val Air Ballroom and performed a few there over the decades. 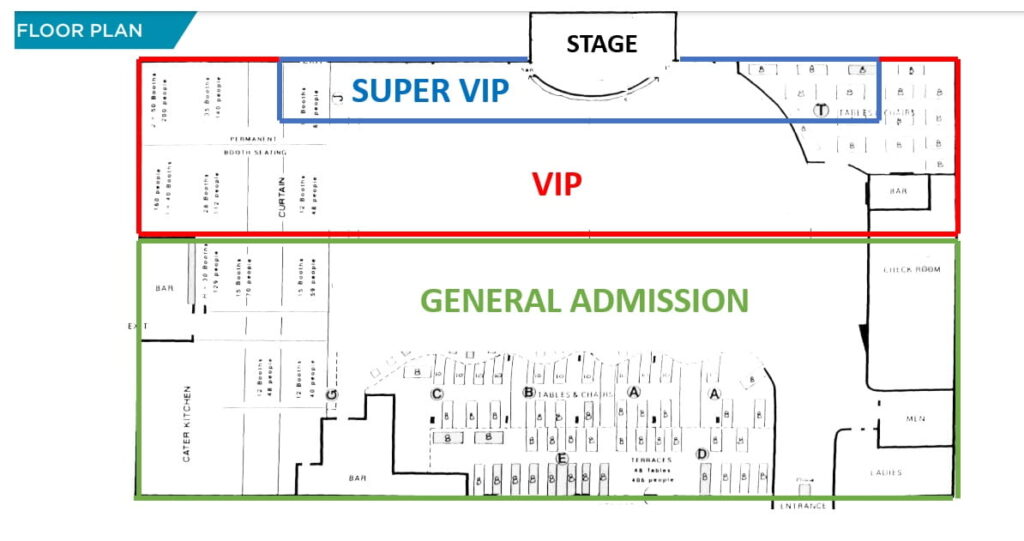 “My first time there was in the late 1960s,” he says, noting that he attended his Valley High School Junior Prom and 1970 high school graduation ceremony there, too. “Some of my neighbors and I would go see a band from Omaha called the Rumbles. They were only a few years older than us but were very professional and wore stage outfits that had modish military jackets and turtlenecks. I guess this would’ve been 1967 and 1968 because I remember them playing covers of songs from The Beatles’ ‘Sgt. Pepper’s Lonely Hearts Club Band’ album and more evolved Beach Boys songs. I also went to see some national touring acts there over the years. The more recent ones that I have enjoyed have been Bob Dylan, Merle Haggard and Delbert McClinton.”

Memories, like those that Cochran share, help to ingrain the Val Air Ballroom into the fabric of West Des Moines society and continue to do so today as new generations of concertgoers experience the aura of the landmark for the first time. Over the years, the ballroom has hosted performances by stars like Cab Calloway, Glenn Miller, Frank Sinatra, B.B. King, Jerry Lee Lewis, The Beach Boys, The Black Crowes, Asleep at the Wheel, Willie Nelson, Rob Zombie and Snoop Dogg. “There are few buildings like this in the country, even in the world,” says Scott “Chewi” Lockhart, the 7-foot tall, 36-yearold general manager of the Val Air. “That’s what sold me when I started my job here in April 2010. I walked around the building and fell in love with her, despite her bumps and bruises. It’s an overwhelming feeling, and I’ve been fighting on her behalf ever since.”

Register atbikeiowa.comorwww.perryia.org Need more info? Call 515.465.4601 www.iowalivingmagazines.com/westdesmoines JANUARY | 2012 West Des Moines Living 7 feature Submit story ideas to darren@dmcityview.com Ballroom, which opened June 6, 1939, with a concert by Ted Lewis, who achieved fame for his version of the popular song “Me and My Shadow.” The opening night performance was attended by an estimated crowd of 2,500 people. Admission was 85 cents for men and 25 cents for women. Lewis was the first of many popular Big Band artists to play the Val Air Ballroom during its inaugural year, including Doc Lawson, Hal Leonard, Art Kassell, Ted Weems and Duke Ellington.

According to Val Air Ballroom officials, the crowds were so large for Saturday night concerts that a fence and gate were installed and a 10-cent gate charge was instituted, allowing fans to listen to concerts from the parking lot. But because money was tight in 1939, customers often parked up and down White Pole Road (which today is known as Ashworth Road) in front of the ballroom to listen to concerts for free, though admission for most shows then was 75 cents or $1. The Val Air Ballroom, which got its name from a public contest in May 1939 that included more than 2,000 entries (“Val” for Valley Junction and “Air” for its openair design), was one of several ballrooms that Archer built and operated throughout the Midwest. He moved to Des Moines in 1936 and began building the Tromar Ballroom at 5th and Park streets in Des Moines. He had already constructed ballrooms in Sioux Falls, S.D., and Sioux City and was one of the first promoters to bring the Big Bands of New York to the Midwest. Eventually, Archer became the nation’s leading ballroom operator, helping artists like Lawrence Welk and Jan Garber get their start. A published history of the Val Air Ballroom indicates that Archer “located a big foundation surrounded with several acres of open ground.

The foundation had been started by the Wilson Rubber Company which went bankrupt during World War I. Only the footings and the first floor were completed. It was to have been a seven-story building, so the concrete on the first floor was more than 12 inches thick. The slab was lost from sight until Archer discovered it and the undeveloped land on which it sat. Construction began immediately.” When construction of the ballroom was completed in 1939, Admission to the first concert at the Val Air Ballroom was 25 cents for women and 85 cents for men.

Photo courtesy of Val Air Ballroom 8 West Des Moines Living JANUARY | 2012 www.iowalivingmagazines.com/westdesmoines feature Submit story ideas to darren@dmcityview.com it featured a roof that covered only the hardwood maple dance floor, the stage and service areas such as the checkroom, bars and restrooms. The remainder of the building featured large “drop” sides which could be raised or lowered. At the west end of the dance floor was a polished concrete floor which enabled customers to dance under the stars.

The dance floor was surrounded by benches. Because the Val Air Ballroom was an open-air venue, it hosted concerts during the summertime, and the Tromar Ballroom, which opened in 1937 and was enclosed and heated, hosted concerts from Labor Day through Memorial Day. Both venues were part of what became known as the “Archer Circuit,” which extended to other ballrooms owned by Archer in South Dakota, Nebraska and Missouri. Among the popular Big Band and jazz artists of the day to play the Val Air Ballroom were Cab Calloway, Louis Armstrong, Duke Ellington, Count Basie, Jimmy and Tommy Dorsey, Jack Teagarden, Glenn Miller, Guy Lombardo, Harry James and Woody Herman. Miller, shortly before leaving to perform for U.S. troops in Europe during World War II, still holds the record for the largest crowd ever assembled at the Val Air when he drew an estimated 4,200 fans. Lockhart has heard stories about when Lombardo performed one night during a heavy rainstorm in which tow trucks worked all night pulling cars out of the mud in the back parking lot.

“People had to walk on top of cars to get their personal belongings out of the cars, that’s how muddy it was,” he says. “I also heard a story about how a car was completely submerged under the mud. That’s when there were only a few houses and a parking lot behind the Val Air.” In August 1954, construction began to enclose the Val Air Ballroom and to convert it into a year-round, air conditioned and heated building. The “New” Val Air opened in March 1955 with a performance by the Henry Busse Orchestra in which dancers graced the ballroom’s 70-by-120-foot hard Original posters from concerts at the Val Air Ballroom are rare and highly collectable, including this one of legendary jazz trumpeter Maynard Ferguson circa early 1960s.

Photo and poster courtesy of Michael Swanger maple dance floor. The renovated ballroom’s new, eye-popping Art Deco decor included hand-painted murals and floral designs and sea foam green colored booths. Some of its 1950s style can still be seen today. “Even after numerous remodels, it still has that vibe,” says Cochran. “The original stage was built into a wall with stairs going down to a dressing room, which has a door to the outside. Big Bands could pull their buses up to the door and load their instruments into the dressing room and right up the stairs to the stage.

Since there was only amplification for the vocalist, the natural acoustics of the room came very much into play. Because the room was so large, with its natural wood floor, the sound was very warm and well defined.” During the 1950s, ballroom officials say that the Val Air was “the place to be” on Thursday nights to see rising young rock stars like Bobby Vee, Tommy Roe, Lou Christie and Jan and Dean. Other stars of that era to play there included Chubby Checker, the Everly Brothers, Fabian, Buddy Knox, Roy Orbison, Brenda Lee, Del Shannon, Sam and Dave and The Ventures. In 1961, a fire caused an estimated $100,000 in damage to the ballroom, but Archer decided to rebuild, installing a new maple dance floor. “We still have the dance floor today that was built after the fire,” Lockhart says. “It’s slip resistant and needs a new polyurethane coat every year because it gets beat up.

But considering the abuse it takes, it is doing quite well.” In 1996, the Archer family closed the Val Air Ballroom. One year later, it was reopened by new owner Mark Kennedy. In 2003, Kennedy and company sold the ballroom to Pedro Zamora of Detroit-based Zamora Entertainment, who still owns it today. In recent years, Zamora has spent more than $1 million to renovate the venue, including adding new siding, paving the parking lot and planting trees. “The ballroom has been here a long time, but it has changed as the times have changed,” says Lockhart, who someday hopes to add a display case inside the building to help tell its storied history. “But to a lot of people, it is a landmark.” Cochran concurs. “I personally hope the place lasts forever. To me, it should be on the National Register of Historic Places,” he says. www.iowalivingmagazines.com/westdesmoines JANUARY | 2012 West Des Moines Living 9